Wow! That was incredible on Tuesday. What a turnout! People were even sitting on yoga cushions and on the floor. The films were so different from each other and I loved hearing from the filmmakers and stars themselves about how the films were made. We were worried people might not show up for a night of shorts (which are notoriously hard to market to audiences) but it was our second biggest audience ever. We’ll definitely do another DPFC Shorts night at some point next year - so get your thinking caps on now filmmakers….I’m sure some of you will want to share the films with friends and / or colleagues. You can do so by visiting the DPFC Shorts page - which has links to the films (or to the filmmakers if the film isn’t online). I’ve also listed the links below, in case that’s easier. Thanks very very much to the five film teams who came and shared their films and experiences. You guys made it awesome, so thank you. We’re taking a break in December - everyone will be busy with Christmas etc - but we’ll be back in January with another DPFC event. Best wishesLizzie, Christo and Matt

P.S. One of our lovely DPFC members wrote in to point out another local connection. Virginia says "The grave of the most famous Victorian bare knuckle fighter Tom Sayers is in Highgate West Cemetery. It's said that 10,000 people attended his funeral. His chief mourner was his faithful dog. That resonates also with Across Still Water.” More info here: http://www.victorianweb.org/sculpture/funerary/222.html 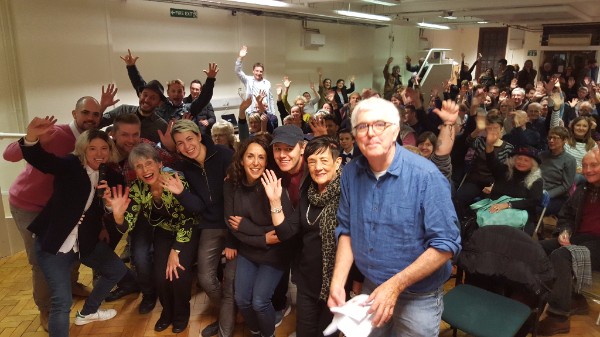