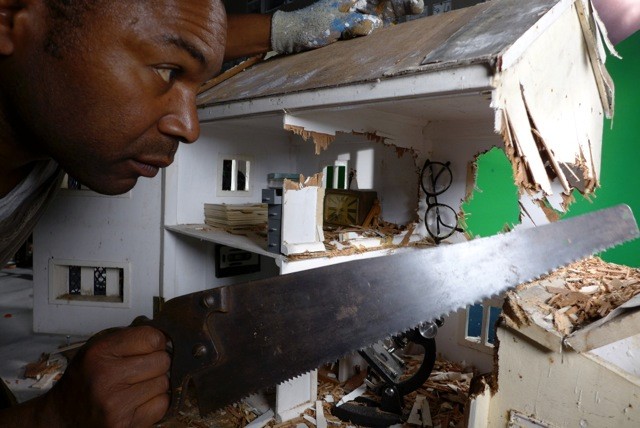 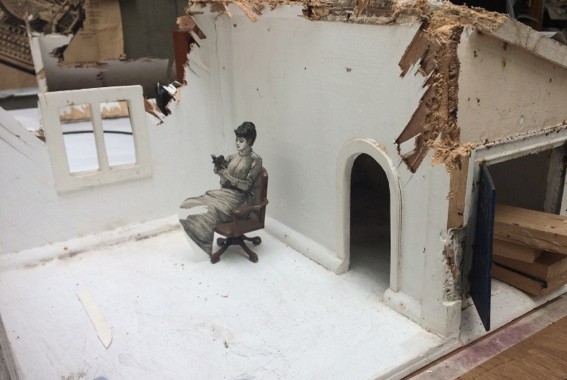 I’m excited. We have our 'Works In Progress' screening next week where we get to hear from local filmmakers about projects they’re currently making. Do you remember the amazing animator, Osbert, who presented his noir film at our DPFC Shorts night? He’s kicking off the evening by sharing two short films he’s making, one about acid attacks on women and one where he’s trying to illustrate a jazz track with inanimate objects (including fire extinguishers!) I saw him at work in his Swain’s Lane studio (pics attached) and I was blown away: no wonder he’s been nominated for three BAFTAs and made adverts for Coca-Cola, Nike, Budweiser, Channel 4, and MTV. Next up we have comedy writer and producer Dan Mazer - who presented ‘Borat' at the DPFC last year but is best known for writing ‘The Ali G Show' (with Sacha Baron Cohen) and 'Bridget Jones’ Baby’. Dan’s going to talk about the script he’s currently writing and developing films in general. Producer Christopher Hird, who founded the DPFC along with Matt and I, is showing a clip from ‘I Am Belmaya’, which follows the story of a Nepalese girl who takes on her abusive husband and oppressive family through becoming a filmmaker. Filmed over 10 years, it’s a documentary with a happy ending. Christo is soliciting feedback so come prepared to have opinions!We also have a local director talking about a BBC documentary series that’s at an early stage. So it’s shaping up to be a truly fascinating evening. Please come and bring your friends - especially if they’re interested in how films are made. See you next Monday evening, Monday 22nd. 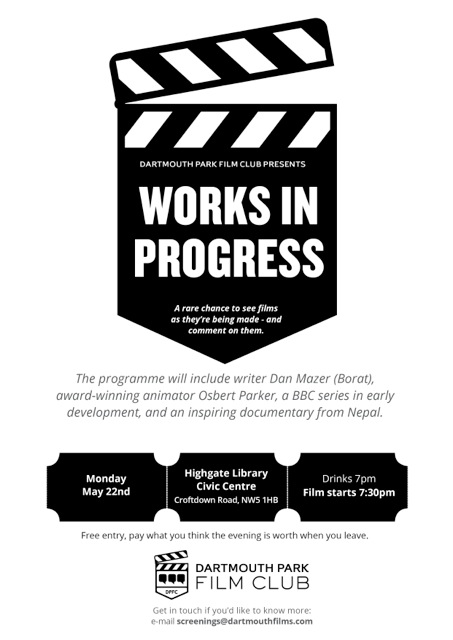